When I started off with WordPress in 2008 the only plugin was Contact Form 7. Now, just like every type of plugin, there are many from which to choose. Some of the options seem to be a fly-by-night operation, but some have been around a while and don’t seem to be going anywhere. I’ll be comparing these tried and true form plugins.

Let me start off saying that comparing these three is quite difficult. It is difficult to compare a free plugin and a paid plugin. Most people in the WordPress world will jump on the “free” band wagon without question. Over the years I have learned the benefits of paid plugins, but that could be another blog post all together.

Free and open source, no addons. In other words, no way to extend the plugin.

Not free but open source, which is confusing. All paid, nothing free.

As you can see, all of these have different concepts on how to make money, or not make money at all. Personally, I like the “free with paid addons” concept. With this model users are able to download the plugin and try it out, and if they need to extend it, no problem.

Before installing these plugins, do research.

Actually, when installing any kind of plugin, make sure it has regular updates and it gets a good rating. When you go to Plugins -> Add New and then search, you should see something like this: 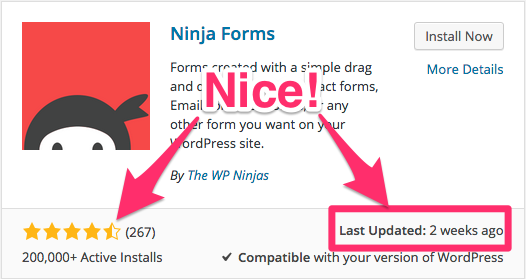 Note: you won’t find Gravity Forms in the repository because it isn’t free. Trust me though, it is save and gets great reviews.

Let’s compare the popularity and history of these:

I’m a fan of an open source and free model. WordPress is free, and I think it is best for any product to have some kind of free version. In this case, Contact Form 7 and Ninja Forms will be your best bet. But what if the user experience isn’t stellar?

Now for one of the most important test, the GUI. This video compares how easy it is to create forms in each of the plugins. There are a few things I would change on Contact Form 7 and Ninja Forms, but in this test Gravity Forms wins with flying colors.

While comparing my talk at WordCamp Boston I learned a lot about these plugins. Mostly, what I learned is that Contact Form 7 only sends email and the others are very similar and difficult to say which is best. One of the best things for an agency like Sideways8 is that they both have a developer license, which allows me to install this on as many sites as I need! The problem is that even those those two are hard to compare.

My agency has built hundreds of sites and Gravity Forms and Ninja Forms with the developer license would be perfect for every one of them. It is just the licensing and what you get with each of them that differs.

Ninja Forms has modules or packages you can purchase:

If you only need for example, MailChimp integration for one site, Ninja Forms will be cheaper.

What is your plan?

If your goal is to have an big form with a decent interface without spending money then Ninja Forms takes the cake. But if you need integration with things like Mail Chimp or Sales Force, etc, you will need to shell out some money. That money is also a recurring cost.

It depends on your needs.

Come on Aaron, who wins overall?

If you need the basics, it is free.
If you need just one plugin, it’s pretty cheap.
If you need EVERYTHING and the option to expand, it has what you need.

How to add a Font Awesome icon as a menu item

I’ve started recording a lot of videos, this being the first, for 48in48 (If you don’t… 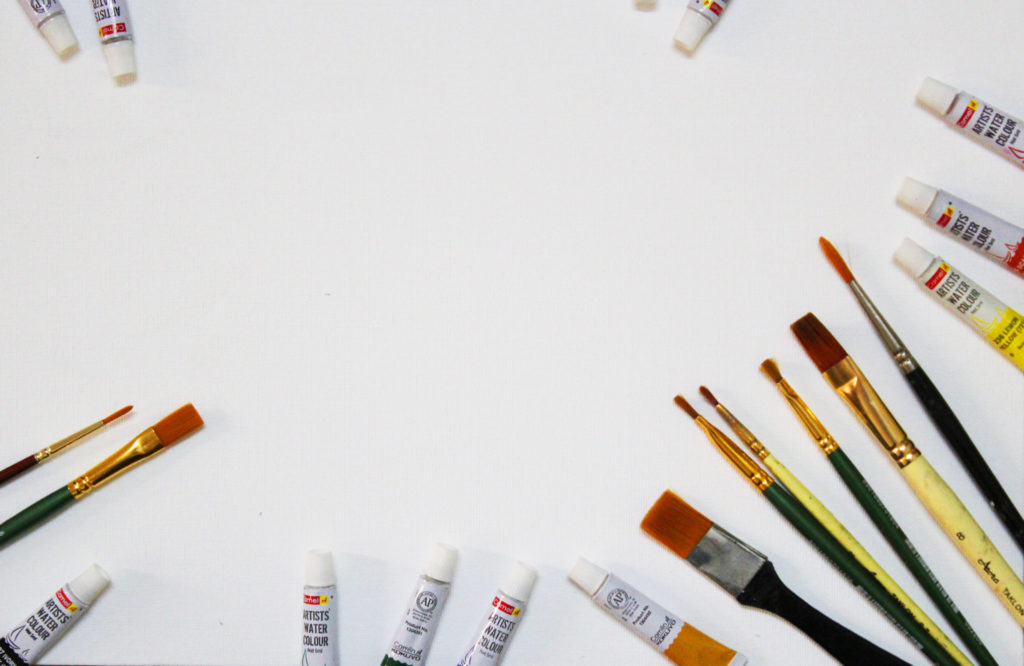 A Page Builder Must Have Add-On

Page builders are more common in the WordPress community now than ever.  There has been…